The TRIS BIKE adventure began in 2013 when founders Antonio Sponziello and Alessia Santandrea won an Italian start-up competition with the idea of developing a new kind of bike with three wheels that could revolutionise urban commuting. The idea was to create an innovative tilting three wheeled bike, suitable for adults with a youthful and modern lifestyle, able to combine all the best features of traditional rigid tricycles with all the best features of single front-wheel bicycles, overcoming their respective criticalities. Indeed, it is well known that rigid tricycles, despite their high stability, have the limitation of poor rideability and the possibility of tipping over if corners are taken at high speed. On the other hand, it is also well known that the greatest number of fallings with conventional bicycles occurs due to the loss of grip of the front wheel. TRIS BIKE has succeeded in overcoming these critical aspects and it is the three wheeled bike with two front tilting wheels that tilts when cornering like a traditional bike. Indeed, thanks to the patented tilting system, TRIS BIKE guarantees the perfect combination of safety and stability, typical of tricycles, with the dynamics and rideability, typical of traditional bicycles. Furthermore, the addition of an electric motor and a front cargo box has made TRIS BIKE a three wheeled bike for adults that is also suitable for carrying medium-sized loads. In 2013 we were only two people (with only three wheels!) and we developed the first TRIS BIKE prototype in a basement with almost nothing. After the first prototype many people joined us to help TRIS BIKE become an industrial product. The current TRIS BIKE is the result of 5 years of development, 4 prototypes and many many tests. We have a great desire to make our three wheels tilting electric bike the right choice for urban commuters, help us make our dream possible! TRIS BIKE, ride the revolution! 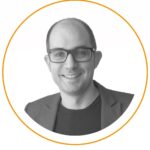 We use cookies to make sure you can have the best experience on our site. If you continue to use this site we will assume that you are happy with it.OkPrivacy policy
Go to Top